It feels like a lifetime of taking the road less traveled and taking his time developing a handful of creative skills that has led Nick to the world of writing music for picture. As musician; a jazz and rock artist and a recording/touring saxophonist he’s certainly experienced a lot over the years. He’s been touring in the hit band from the 1980’s, Naked Eyes (“Always Something There To Remind Me”, “Promises Promises”) since 2009. Being 26 years old and playing massive venues like Microsoft in Los Angeles, Wolf Trap in Washington D.C. or even the Nokia on Long Island played a big impact into his confidence as a performer and a player. Other bands have come into his life through the years and got to perform once with Wang Chung which was a huge fun highlight and also Haircut 100 at Honda Center and Microsoft theater ion Southern California. For a summer he also got to play some great venues with the band Mondo Cozmo in eluding the Troubadour and a KCRW event at the Annenburg Space for Photography opening up for Paul Okenfold. When not crushing dreams and melting faces on stage with that Care Bear like glow emitting from the bell of his saxophone, he spends a lot of time at his studio writing and producing music in collaboration with other writers, as well as music for picture. His main directing client, Ryan Curtis brought him on a few notable projects including a 10 episode reality web series which not only included scoring the music but making the background instrumental music the genre is well known for. For this, Nick enlisted his long time songwriting partner Jon Gus, a tour de force on guitar and vocals and one hell of a great song master. Nick has had the opportunity to score a few short films that have festivals in eluding most recently (2019) “Angel of Death” by Ryan Curtis which was showcased at the Hollyshorts Film Festival at the Chinese Theater in Hollywood, CA. Ryan and Nick also have had a blast creating some commercials together including a Las Vegas-Centric ad for William Hill that starred Pete Rose and the Mayor of Las Vegas…and a few showgirls. In addition to all of this, Nick has enjoyed music placements of his pre-recorded work from his albums as well in eluding the now-infamous comedy DVD, “Katt Williams Live!”. His song “Happy Hour” hit no22 on the Jazz Charts back in 2011 and still gets spins and streams on every platform. A friend once discovered via Shazam that it was getting piped into the Terminals at LAX. Nick smiled and laughed when he heard that because he felt he finally made it. All of these wonderful musical challenges and accolade aside, there’s whole other creative side to Nick and it stems back to his early childhood. Before going to Berklee College of Music, before winning awards in high school jazz band competitions, before drum majoring there marching band his junior and senior year of high school and before before being first chair clarinet i nether high school orchestra.

Nick has roots that extend into Italy on his mom’s side and Mexico on his dad’s side. These roots intersect when both families decided at some point to settle in San Pedro, CA. His Grandfather from Italy was a fisherman, and his Great Grandmother from Mexico worked in the Tuna Canneries starting around the late 1920’s. His Mexican Grandfather, also a WWII veteran became involved in the fish industry and his father recounts stories of testing mercury in fish during his teenage years. Nicks Dad eventually went to Otis Art Institute in the 1970’s and majored in ceramics. Nick being the youngest of 4 barely remembers it, but in thew early days his dad, Randy and his buddy Jim owned a sandwich shop and art gallery near the fishery in San Pedro in the late 1970’s. Jim worked as an electrician in the film business and eventually Randy jumped into that industry as well, working on movies like The Blues Brothers. He later switched to the camera department and started a rental business catering mostly to Sit-Coms early on, then live television and game shows including Home Improvement, The Academy Awards and Wheel of Fortune. Nick’s early childhood has a lot of memories spent going with his dad to work when he wasn’t in school and experiencing life on set. Nick actually got his first paycheck as an 8year old as a background extra on the show, Full House in 1991. After graduating from Berklee then moving to New York for a year, nick came home to LA and starting working in the Poise-Production wing of his dad’s rental house dubbing tapes and doing HD Online edits during those early days of HD Tape Decks and when Networks were still taking BetaSP as master tapes for broadcast. Nick after a few years going the Cinematographer’s Guild and followed into his dad’s footsteps as a camera operator while simultaneously cultivating his musical craft. Nick has produced 5 music albums and is now a 7 time Emmy Nominee for his work as a camera operator on such shows like Jimmy Kimmel Live!, The Voice and The Big Bang Theory. Recent camera credits include Masterchef, Lego Masters and the smash Netflix hit, Love is Blind. There’s something about this unique upbringing and experience he’s had that has moved him in this direction to make music for picture. Nick feels it’s a place he finally belongs, where his two world collide. He can take the most of what he knows and play it hybridity into something emotional and useful. Having two careers and knowing where they intersect was almost like growing up half Mexican half Italian, then moving from San Pedro to Palos Verdes. The confusion in his peers created confusion within, but now, it all makes sense. 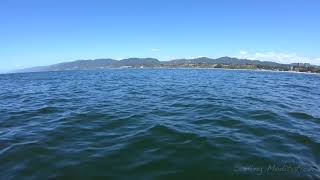 Sailing with a GoPro 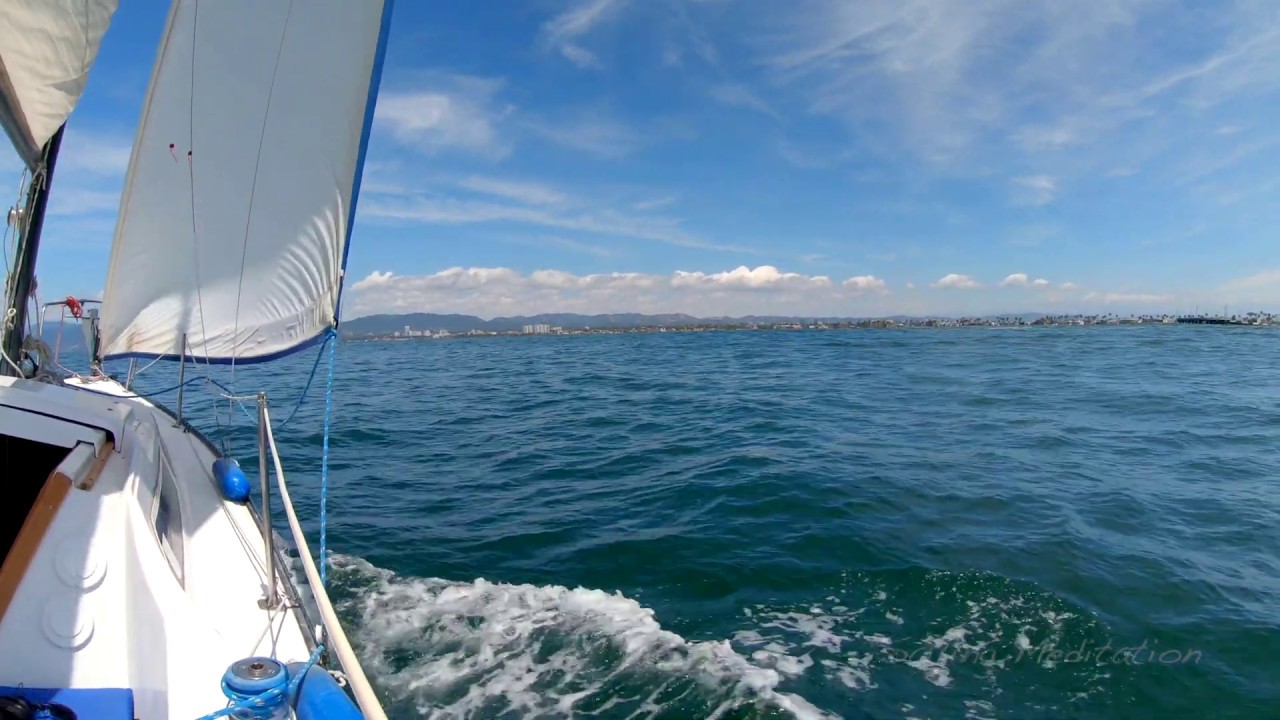 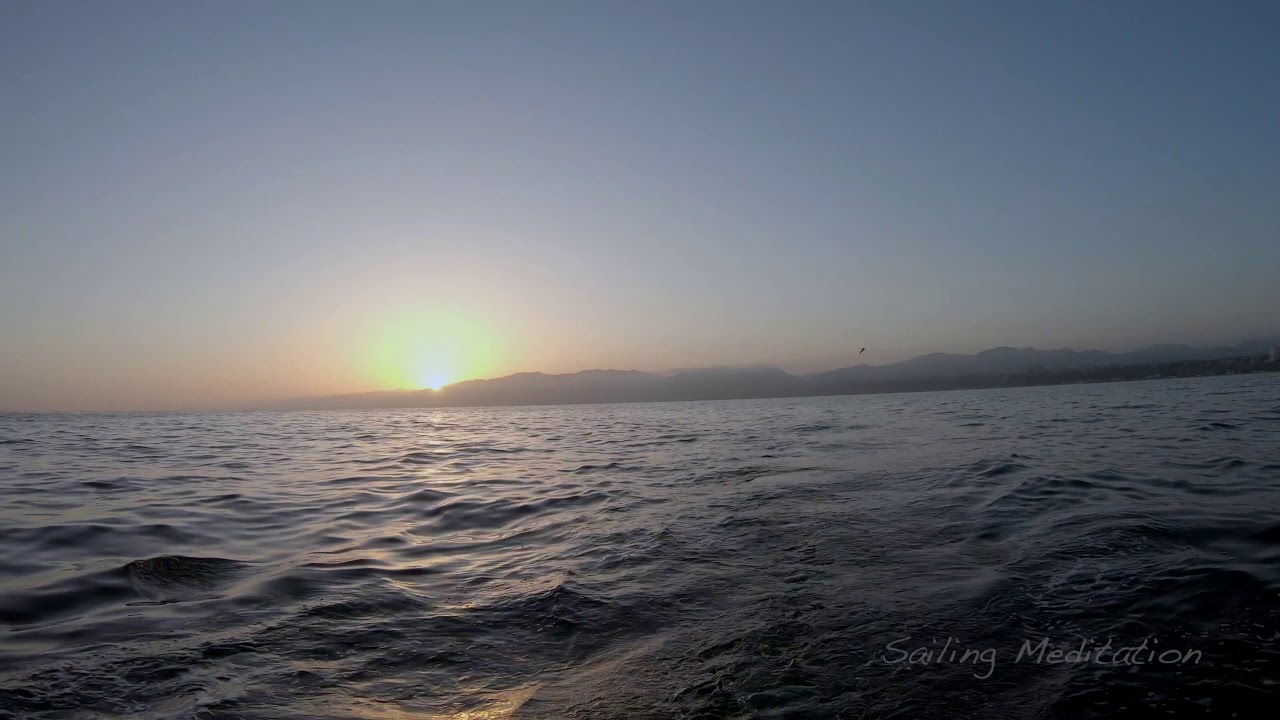 So Now I'm That Guy With a Youtube Channel..

Sailing with a GoPro